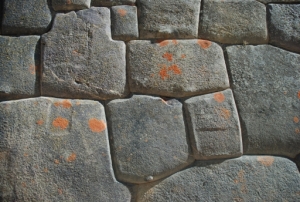 So far this series has covered three of the five elements of musicality: the creative, the emotional, and the somatic. Because musical expression is a partnership, one’s own creative, emotional, and somatic energies are only one half of being musical. Actually, I take that back. Saying they are one half of being musical implies that each member of the partnership brings their own neatly defined half of musicality to the partnership, where they are then added together (i.e., 1 + 1 = 2). Truly relational musicality happens when there is an interdependence of creativity, emotionality, and physicality between partners (i.e., 1 x 1 results in countless interactions that add up to a new 1 that is greater than the sum of its parts).Think of any great conversation you’ve ever had: In such a conversation, the connection is bidirectional, constantly flowing back and forth between two people. Although taking turns speaking and listening might appear be happening on the outside, on the inside there is a constant exchange of information and emotion based on speech content, tone of voice, facial expressions, body language, shared memories, etc.

I think of musicality as being like two people carrying a full pot of water together, each holding a handle on either side. To avoid losing any water, each person must feel the subtle intentions and movements of the other person – their unique walk, handhold, and subtle body movements – integrating them with their own in service of a shared goal and trusting that the other person is doing the same. If either person were to plunge ahead without regard for their partner, they would lose a lot of water, and both (especially the ignored person) would likely feel unfulfilled and perhaps even physically uncomfortable as a result of the experience.

I have heard debates about the musicality of a well-known professional dancer in a specific improvised dance that was posted online and watched by thousands. In the video, it was obvious this dancer heard and expressed a lot in the music, but it was equally obvious he completely ignored the effect of his musicality on his partner as well as her own unique musicality. The subject of the debate: Is this dancer musical? With one of the standard definitions of musicality (movement visually reflecting the music or even the dancer’s emotions being translating into movement), we would be forced into acknowledging that the dancer is musical while likely feeling uncomfortable doing so. But if our definition includes the relational element, this dancer’s musicality, at least in this particular dance, is incomplete. Musicality in partner dancing is by nature a shared gathering of the senses, meaning that the creative, emotional, and somatic elements of both partners co-arise in the same way that those of multiple musicians, each with unique but complementary instruments, co-developed to create the very piece of music the dancers are moving to.

In Part 2 of this series, we discussed the concept of frames in the context of the creative element (click here to reread the frames section). To refresh, a frame is a way of attending to and expressing a particular part of the music without taking it out of its relationship with the whole. The frame approach was contrasted with the telescope approach, which is where an element of the music is focused on to the exclusion of anything else in the music. The negative effects of the telescope approach listed in Part 2 boil down to a lack of relationship. Pulling an element out of the music removes it from the context that gives the element its true and complete meaning.

Hearing the music in terms of frames is absolutely essential to dancing musically with a partner because every partner you ever have will hear, feel, and move to the music differently from you. If you zero in on an element in the music to the exclusion of the others, you will be unable to hear, feel, and respond to your partner’s musicality. But if the element you want to express is in the center of a frame, with the other elements still in relationship within that frame, you can have a real conversation with your partner, whether that’s by agreeing to “discuss” the same element or by each sharing your own element but within the relationship between them that exists in the music and in your respective movements.

For example, you may be particularly captivated by the melody in a particular song. There’s nothing wrong with that unless you are so focused on the melody that the rest of the song ceases to exist for you. Actually, there’s nothing wrong with that either unless your partner is hearing something else in the music. Then you have a problem because your body will only be prepared to move in a way that honors the melody, and will miss the opportunity to fully engage in any movement or connection inspired by something other than the melody. There are moments when it may be appropriate to say “Wait, you need to hear this!” with your movement within the connection, but in general you should hold your own musical expectations lightly. Instead of making them fill up the frame to the exclusion of all else, they should instead occupy part of a larger frame that allows space for, and relationships with, other elements in the music and in your partner.

I believe that hearing in frames is essential not only to shared musicality but to leading and following in general. In Part 3 of this series, I wrote that the emotional element – when understood in light of our primary emotions – enables the creative element to be fully embodied. Here is the conclusion I reached:

It is possible that many of the “stuck” moments in getting a particular movement or pattern to work, where the technique doesn’t quite come together even though the pieces are there, could be the result of the emotional aspect – that “felt sense” – being absent or disconnected. It’s quite possible that the emotional element is the spirit and breath that animates the body of the creative element.

This emotional aspect, or “felt sense,” comes from how you hear and feel the music, which means that if you miss this aspect of leading or following a movement (i.e., the musical element that is inspiring the movement), you may miss or confuse the lead or follow altogether, or at the very least the movement will be physically inefficient in addition to lacking in musical feeling.

This gives us a new perspective on the debate about whether musicality can and should be taught to beginners. If we understand that movement itself, as well as the leading and following of movement, depends on hearing and feeling the music to both work well and feel good, then musicality is absolutely essential, especially for teaching beginners. The movements and techniques they’re not getting? Adding musicality to the mix doesn’t make these things more difficult; it makes them so much easier! If the logic of the movement and the connection in our dance developed from within the logic of the music, doesn’t it make sense that increasing our musical feel will increase our ability to move and to lead and follow?

When we think of expression, we very often think of me, myself, and I. But the reality is that listening to and conversing with others reveals and clarifies what we think, feel, and experience. Just as the music brings focus to our feelings and experiences, so too does the dance partnership. I like to think of my partner as both a window and a mirror: A window into another world and a mirror reflecting back to me my own. It is by relating to others that I truly express myself. I love Suzanne Bouffard’s article, Using Magical Ears: Listening to Find My Voice. Let’s read a few of her thoughts to wrap up:

Like a lot of dancers, I used to spend all my energy thinking up steps that the audience might want to see and planning out musical arrangements of tunes I know so that I could dance with the melody. Some interesting phrases came from this approach, but the dances never made sense as a whole. They never said anything…

[S]ome of our noisiness is not inevitable. Some of it is being too focused on our heads and feet and not enough on our ears. Some of it is our fear of silence and our mistaken belief that we have to keep talking even when we don’t have something to say. Some of it is our forgetfulness of the musicians on stage with us, despite our deep respect for them. All of these barriers have something in common: they keep us from having conversations with the musicians and other dancers. And missing these conversations often keeps us from finding what we truly have to say.

Here is the next post in this series: The Five Elements of Musicality, Part 6: The Improvisational Element.