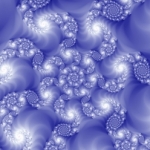 Musicality. Alongside connection, it is considered the most desirable quality in a dancer, yet we can’t seem to be able to define it in a satisfying way. Questions and frustrations abound regarding how (or even whether) it can be developed and taught, and the answers and ideas we have or are given are quite often either too broad or too narrow. Oversimplifications range the spectrum from overly vague (“just feel it”) to incomplete (visual matching) to needlessly strict (rules and pattern choices). These muddled notions have led many dancers to declare musicality a useless buzzword, perhaps epitomized by Rebecca Brightly’s article Musicality Is Overrated, where she writes, “I need a far more powerful concept.”

We do need a more powerful concept, and I would like to propose one. Over the past few years I have been developing a framework for thinking and talking about musicality that is both more specific and more liberating, providing greater definition to the term musicality while freeing it from the misconceptions that stifle its possibilities. This seven-part series is my first attempt at presenting some of this framework to an audience so I can develop it further.

Part 1 will introduce the series with the concept of “gathering the senses,” Parts 2 through 6 will outline the five elements of musicality, and Part 7 will come back full circle with a new take on defining and improving musicality in light of these five elements. Also, the day after each part is published I will be posting bonus “homework” with journaling and movement exercises for those of you who would like greater engagement with your own ideas about musicality as well as with this material.

This introduction is part of a larger project I am working on, so I am curious to hear your feedback. Feel free to leave a comment or send me a private message.

Studies show that hearing sound activates not only the parts of the brain devoted to listening but those involved in seeing and moving as well. Rather than perceiving in isolation, our senses are members of an elaborate orchestra that creates a unified experience of the world. In this way we literally make sense of people, places, and things by aligning the sensual input that accompanies a single phenomenon. Mark Changizi, for example, writes in his book, Harnessed, that “In real life, when people carry out complex behaviors, their visible movements are tightly choreographed with the sounds they make – because the sight and sound arise from the same event. When you hear movement, you expect to see that same movement.”

Our senses are perceived, felt, and interpreted in light of each other. It is their nature to organize themselves around a single phenomenon to discover and create meaning as well as prepare a response. To know and understand any one thing requires channeling our attention by aligning our senses to bring it into focus. Put another way, as David Abram poetically describes in The Spell of the Sensuous: Perception and Language in a More-Than-Human World, it requires allowing a single phenomenon to gather our senses:

My various senses, diverging as they do from a single, coherent body, coherently converge, as well, in the perceived thing, just as the separate perspectives of my two eyes converge upon the raven and convene there into a single focus. My senses connect up with each other in the things I perceive, or rather each perceived thing gathers my senses together in a coherent way, and it is this that enables me to experience the thing itself as a center of forces, as another nexus of experience, as an Other.

In dancing, music is what “gathers [our] senses together in a coherent way.” Music is what cues dance partners to take their space on the floor, find their connection, and start moving together. That first moment of finding the floor, the body’s center, the tactile and/or visual connection with one’s partner, and the impulse to move happens in the now of the music before any discernible pattern is formed. When we are musical, we gather our senses at the beginning of each new dance and are constantly rediscovering them throughout until they carry us – and we carry them – to the final note. When we gather our senses in this way, we engage our entire being in “a center of forces… another nexus of experience… an Other.”

Musicality, when seen as a gathering of the senses, appears more natural in the sense that it is how a healthy body and mind function in everyday life. This is extremely liberating knowledge for beginners and other dancers who fear their capacity to develop musicality in their dancing. This doesn’t mean that musical dancing happens automatically: As we will explore in this series, musicality must develop within a specific cultural form. But it does mean that musicality is available to those who commit themselves to gathering their senses in their dancing. It also means that, when properly defined, musicality is central to the dance experience.

If gathering the senses is central to musicality, it is important to talk about what our senses are and how they operate in musical dancing. Unfortunately, the traditional senses of sight, hearing, taste, smell, and touch are limiting and do little justice to the complexity and subtlety of the dance experience. We do use sight, hearing, and touch, but the way we use these senses in dancing, and arguably in life, is much more specialized and nuanced than the traditional model. In addition, our senses and our responses, while often considered separately, are actually interdependent and therefore inseparable from each other. So we need a renewed sense of both our senses and our responses – and the relationship between the two – that will give us a starting point for reflection and discussion, learning and teaching.

Here is the next post in this series: The Five Elements of Musicality, Part 2: The Creative Element.

5 comments on The Five Elements of Musicality, Part 1: Gathering the Senses