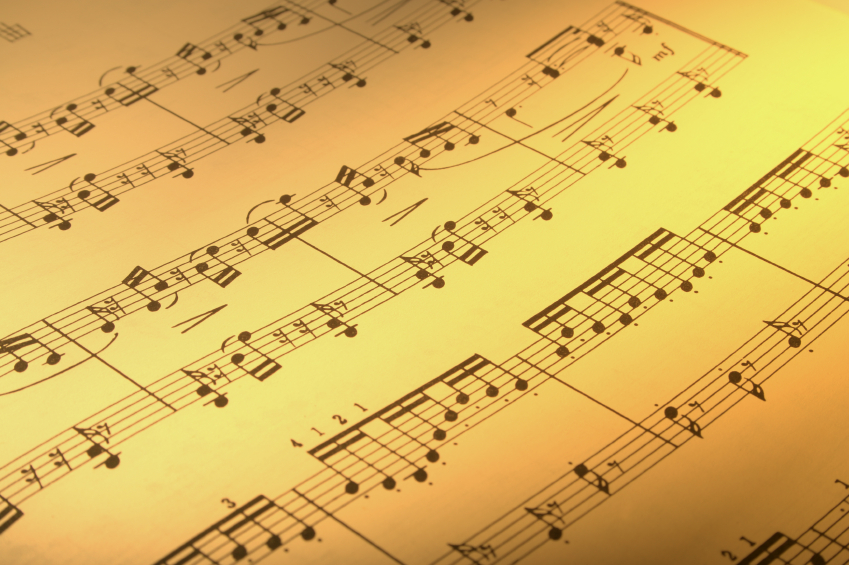 The soft soles of gray boots refuse to rest flat on the hardwood floor. They stomp to the sharp marcato of the piano even as her hand draws the violin’s bow long and slow across the strings. They push onto tiptoe for the high notes, then lower and tilt forward as she bends her knees on the low notes. The left one lifts up and back in anticipation, then strikes the floor on the accent.

The name Alicia Alonso brings to my mind an image of the world-renowned Cuban ballerina, but in this auditorium it is the name of the Spanish violinist with the soft gray boots. Her digits, delicate yet strong, prance upon the fingerboard. Her messy bun of thin hair, tied carelessly high on her head, marks the accents, at times with head banging worthy of a heavy metal band. I can almost see the notes dancing – sometimes flowing, sometimes leaping – from her instrument.

She stops suddenly. “Not so much vibrato. Softer, more windy,” she says. She makes a harsh face, then softens the lines on her forehead as she demonstrates. The student orchestra tries the section with her again, and the soft gray boots immediately revive their dance. Her facial expressions and body language take up the song, and it’s like she’s telling a story to children, pulling out every nuance in the music, showing and telling. As they work through the piece Alonso adds more comments, urging less of the bow here, more of the bow there, to pluck the string with love in this moment, to produce a staccato accent worthy of a slasher movie in that moment.

At times Alonso peeks over the students’ music stands at the written score, scribbling additional articulation marks for them when necessary, adding detail to the map that guides them through the foreign musical landscape. This rehearsal is not about teaching what the notes are, as these musicians already have years of musical training. It’s how the notes are played, all the subtleties the score can’t capture, the intricacies of an Argentine tango accent, or, more specifically, the unique musical accent of Astillero.

A sextet comprised of a violinist (Alonso), cellist, double bassist, two bandoneon players, and a pianist, Astillero is a contemporary Argentine tango orchestra that plays original compositions under the direction of pianist Julian Peralta. Invited to the opposite end of the globe for a week-long artist residency at Reed College in Portland, the six of them line the edge of the auditorium stage facing the Reed student orchestra, coaching them in the last rehearsal for their shared performance of Astillero’s original pieces at week’s end. The members of the student orchestra – a dozen violinists and violists, a few cellists, and a double bassist – lean forward at attention, tuning their playing to find Astillero’s sound.

With assistance from Alonso, the violinist with the restless gray boots, the leader of the rehearsal is Peralta, who punctuates the rehearsal with feedback and his wild black hair. He’s looking for a rhythmic swing, with the accents arriving at just the right time. “You have to play arriving towards the one, not playing off the one,” he says through his translator. Later, in another section, he stops them again. “Use all your energy for the first note; the second and third notes almost disappear. Not all the notes are of equal importance.” He scats the sound the way he wants it, then has them repeat on their instruments. Their sound starts to change, gradually growing to match his voice. “Eso,” he says when they get it. That’s it.

Music scores are shuffled and instruments readjusted as Peralta sets the scene for the next piece. “You need to have a geography in mind,” he tells them. He first describes a high dry place in the north of Argentina, then the effect on the music: not nervous but reflective, even tired. Immediately the strings withdraw from attacking the rhythm. Their playing is less insistent, almost lazy, like they’re reluctant to release each note. As the music becomes quieter and less dense, tension builds and Peralta shushes the string section, pushing his hands down as if preparing the orchestra for its own surprise party. Almost as an afterthought Peralta adds, “Act as if you’re all one person. Look at each other. It’s like dancing.”

With the final rehearsal drawing to a close and anticipation of the upcoming performance growing more real, they no longer stop for corrections. Professionals and students together, they play de capo, from the top. The musicians of Astillero become fully absorbed in their playing, watching each other and the student orchestra with engagement rather than judgment. The full strength of their playing starts to show itself: The bandoneon players’ heads drop forward, right knees bouncing as the instruments rhythmically inhale and exhale in their laps. Peralta taps out rhythms on the piano like Morse code, replacing dot and dash with quick and slow, loud and soft, suspension and release. Alonso’s showing and telling is more relaxed than insistent now, an artistic display rather than a coaching tool. She bows down and forward, knees bending, right foot tapping. As the rehearsal draws to a close, the bun is lower on her head, tendrils falling free, gray boots marching left-right-left to the reinforced beat of the bandoneons, piano, and double bass. She finishes in a simple yet dramatic bow, sweeping the bow across the violin to release the last sweet ribbon of sound.

Thank you to Professor Morgan Luker of Reed College and the musicians of Astillero for granting me permission to observe their rehearsals in February 2015. Astillero’s residency culminated in a performance with Reed’s student orchestra of songs from Astillero’s newest album Soundtrack Buenos Aires; the performance can be viewed here. You can learn more about Astillero on their website at http://www.astillerotango.com.ar. Astillero’s residency was presented by Tango for Musicians, a week-long tango camp for musicians that will be in its third year at Reed College this June; for more information, visit http://www.reed.edu/tango.