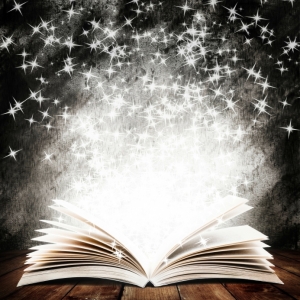 Last week, we delved into Music as Body (Chapter 1) in Bridge of Waves: What Music Is and How Listening to It Changes the World. Time for Chapter 2! This chapter, titled Music as Mind, discusses at length the philosophical, practical, and technical aspects of musical concepts like pulse, tone, meter, interval, scale, key, melody, harmony, and polyphony. Those unfamiliar with music theory may glaze over in some spots, but gradual familiarity through multiple readings should do the trick and may be valuable in making some connections previously unthought of, both intellectually and emotionally.

Although the more mathematical and technical aspects of music are definitely interesting, I find myself drawn more to the parallels of music in nature and humanity. Both the former and the latter are at once patterned and unpredictable, and it’s the tension between the two that makes life so beautifully comfortable and mysterious at the same time. In the context of music, and pulse (i.e., the beat) more specifically, Mathieu draws out some of this tension by discussing how pulse (what he often calls periodicity) manifests itself organically. What I like about much of what he writes is that he tries to reveal the naturalness that exists beneath the complexity of music theory. Let’s read a few of his thoughts on periodicity:

A periodic event is one that occurs at regular intervals of time – your birthday, for instance (even if it occurs only in leap years), or the full moon, or the swing of a pendulum, or the idle of a motorcycle. The periodic events that occur in living things can be almost as regular and simple as a pendulum swing: the drill of a woodpecker’s beak, a dog’s rapid scratch, the chattering of your teeth from a chill, your footsteps as you run. But it is more likely for organic events to be complex and tend toward aperiodicity. Even when your breathing is regular, for instance, the in-breath takes less long than the out-breath, and a deep breath (disturbing the periodicity of the overall cycle) is never too far away. Likewise, in an evenly beating heart the contraction phase is shorter than the relaxation phase. Even if you are holding quite still, your heart rate can change substantially over time through thought alone, as in a nightmare, or a sexy dream, or both at once.

In music, the simplest periodicity is referred to as pulse: an elemental signal repeated at a constant interval, like the evenly spaced beats of a drum. In the purest case, there is no differentiation in the signal from one point in time to the next. The counting of such a pulse is properly ”one, one, one, one, one…” You can experience its effect by evenly clapping your hands at the tempo of slow applause and saying ”one” with each clap, or ”now, now, now, now…” with utmost concentration.

When a steady pulse occurs in the natural world it seems, like the brief tattoo of a woodpecker, to be an automatic neural release. But a prolonged, intentionally steady pulse seems characteristically human. All it takes is four or five evenly spaced knocks on your door to let you know there is someone human on the other side. Left to its own devices, nature is not normally static, so when a living being produces a nondynamic (non-changing) signal it strikes us as a deliberate, consciously motivated act. When we produce such periodic pulses intentionally over a long period of time, our intention even seems intensified, as in a throbbing tympani part at the climax of a movie… [p. 20]

What I find significant here beyond what I often read about music is in Mathieu’s last paragraph about the “prolonged, intentionally steady pulse” that “seems characteristically human.” I like the idea of teasing out the regular pulse of music as something organic and yet uniquely created by humans. I think of pulse as our frame of reference for the experience of music. A regular pulse enables us to both create and find relationships between various musical elements, particularly melodies that flow through time. More on this in a second, but to think of this same point in a new way: I like how Mathieu summarizes our complementary needs for pattern and surprise:

The composer relies on your mind’s hunger. If you are listening with your mental hunger awake, music can lead you on intricately engaging journeys. The composer’s (or improviser’s) part of the deal is to hold your interest not only with compelling sequences of events but also with arresting sounds and unexpected surprises. A successful work of temporal art has to have enough sameness for patterns to emerge, and enough newness so you won’t get bored. [p. 180]

Although as humans we like to design and bring order to chaos, music shows we can’t help but hunger for the wonder and surprise of nature. And neither on its own will do: Complete randomness is not interesting to us, but strict adherence to order doesn’t quite do it either. We see this clearly in the dance world. How often do we find that technical perfection leaves us cold because it looks and feels lifeless? On the other hand, we also find that the chaotic and unrecognizable doesn’t satisfy our desire for beauty and form. It’s a delicate balance. And, actually, the balancing itself seems to be an integral part of all art forms, including music. This teetering between limits and freedom, technique and expression, brilliance and vulnerability, seems to be part of musicality, because it brings together the human and the natural, the periodic and the aperiodic, the discoverer and the discovered, and allows us to explore the fuzzy (if existent) line between them. Returning to the idea of pulse providing the framework for us to create and find relationships between elements…

As an experiment, consider the norm of verticality. There is a plumb line between our center and the center of the earth. Something in us knows what a right angle to the earth is – your inner ballerina can stand on point, if only for a moment. But a perfect perpendicular is impossible to maintain. Try as he may, the best-trained mime cannot freeze for long on one leg. We find our bearings, in fact, by circling around what we know to be the center. A perfect right angle to the earth is both a necessary idea and an unattainable goal. We realize the ideal in our fashion: by continually passing through it while in the act of recognizing our deviation from it. Such is indeed the case of realizing the hard-wired inner norms of the musical mind.

Our minds seem to have a gift for recognizing deviation from musical norms and, like kids walking atop a narrow wall, we seem to derive pleasure from playing with our talent. Consider a jazz singer over a swinging rhythm section. She sings on the beat, then deliberately falls behind, then catches up, then lags behind. The vocal line is flirting with the time line. Singing “behind the beat” occurs liberally in jazz, as well as to some degree in most vocal and instrumental musics. Playing catch-up and then arriving exactly on time at a crucial moment imbues the music with a certain drama. But keep in mind that there would be no drama if body and mind weren’t able to recognize the underlying template of an entrained pulse. [pp. 45-46]

Although I have chosen to draw some circles around the concepts of pulse and melody, Mathieu’s Music as Mind chapter (the longest in the book) explores ideas about all of the topics listed in the first paragraph of this post. Which elements of music did/do you feel the most drawn to?

Here’s the next post in this series:
Musicality Book Club, Week 4: The Energies of Tone, Harmony, and Cadence