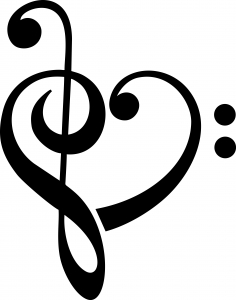 “When you lead this move, my weight goes into my heel. It’s subtle, not too uncomfortable, but it’s consistent every time. Can you feel yourself coming into my space?”

“I can’t tell.” He leads the move again, watching himself in the mirror. “I think maybe I’m leaning, but I can’t feel it. What do you think? Can you see or feel it?”

I avoid his question for the moment. “Let’s try something. Lead it again, but this time I want you to deliberately move into my space when you do it. And make it obvious.”

“I don’t want to hurt you though…”

“You won’t; I know it’s coming. It doesn’t have to be over the top; just make it clear that you’re doing it.”

He leads the move again and deliberately comes into my space. I feel my weight being forced into my heel and my whole body has to perform a balancing act to keep my torso upright. The strain in our embrace is obvious. “Good,” I say. “Now do it again, but this time make it really subtle, as subtle as you can while still making it clear that you’re coming into my space.”

He perfectly executes the lead with a slight invasion of my space, pretty close to how he was leading it when we first started. I tell him to continue leading the move but refrain from giving him any direction on how to do it. After each attempt, I ask him what he feels. Sometimes he feels himself slightly invading my space, while other times he feels like he’s perfectly centering himself around me as he leads. I notice that what he feels each time matches exactly what I feel on the other side of the embrace. I wait until he has led the movement and stated his observations half a dozen times before I tell him this.

“Wow!” he says as we step away from each other. “I can actually feel it! I know now when I’m coming into your space, even just a little bit. It feels so obvious to me now.”

It doesn’t usually occur to us to deliberately recommit the error because we think the whole point is to avoid the mistake.

I smile. “Oftentimes trying to correct an error directly is difficult because it feels so right to us. It doesn’t usually occur to us to deliberately recommit the error because we think the whole point is to avoid the mistake. But magnifying the error is one of the best ways of becoming aware of what it feels like, and thereby find a new feeling that works better. Then when you’re moving, you feel the difference between the two for yourself instead of having to rely on someone else to tell you. With that awareness the body usually self-corrects.”

Knowing he’s very curious, and that he assists in beginner classes, I add, “This method also works extremely well for beginners and for more experienced but self-conscious dancers. Oftentimes they’re afraid of making mistakes, so much so that they develop habitual tension in their movement, both out of fear and out of an attempt to get it right through force rather than awareness. Giving them permission to make mistakes on purpose, as long as they communicate with their partner, is a great way of helping them get out of that tension and develop more awareness of how they feel in their own body.”

Why Mistakes Are Valuable

Trying to avoid or control mistakes is all too common. Unfortunately, it can cut us off from greater knowledge, creativity, and enjoyment. Moshe Feldenkrais even went so far as to say, “To correct is incorrect.” Errors can be valuable learning tools, if we work with them rather than against them. Here are three ways mistakes can improve our learning if we embrace them instead of fighting them:

Brandi Tobias once told the students in her technique class, “If I could give you one thing, it wouldn’t be my technique; it would be my self-awareness.”

1.  Mistakes can enhance self-awareness. Accepting what is wrong develops greater awareness of what it feels like, increasing the odds of recognizing it later when you’re doing it subconsciously. Exaggerating the undesirable movement can also be helpful, creating a clearer contrast between what you are currently doing and what you are aiming for. By developing this awareness you are much more likely to develop better technique. Brandi Tobias, an excellent west coast swing teacher, once told the students in her technique class, “If I could give you one thing, it wouldn’t be my technique; it would be my self-awareness.”

2.  Mistakes can develop understanding of how the system works. What you are doing wrong offers as much insight into how this intricate movement system works as what you are doing right. Understanding the deeper principles that underlie the way we move and connect is an investment in your dance life, far greater than just learning how to re-create a specific posture or movement. Get to know the dance form – and your body’s interaction with it – like you would get to know a friend. Don’t just ask the easy questions.

3.  Mistakes can encourage ownership and improvisation. Learning how to resolve and/or follow your mistakes to see where they lead cultivates an attitude of owning your dancing instead of apologizing for it, being in the moment instead of pulling yourself out of it, responding to sensation rather than judgment. It also encourages you to be accepting and creative with the unexpected instead of trying to control the situation with tension, force, or willpower. Remember that your practicing mindset influences your social dancing mindset. It’s all connected.

Does this mean you shouldn’t strive to do things correctly? Of course not! It means that mistakes are not just inevitable: they are an integral part of the learning process. As the Zen proverb says, “The obstacle is the path.” Use mistakes – accidental or deliberate – to learn more about your body, to learn more about the dance form, and to feed your curiosity and creativity instead of your fears and negative judgments. As Niels Bohr wisely said, “An expert is a person who has made all the mistakes that can be made in a very narrow field.” Better get started!

“It is far better for a man to go wrong in freedom
than to go right in chains.”
– Thomas Henry Huxley