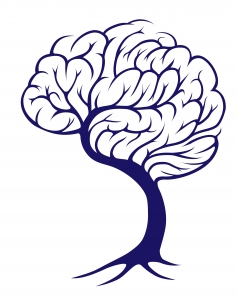 Here is the full video of Limb’s talk on TED, which I highly recommend you watch before reading further…

I was very excited about Limb’s findings, so I read the full study on jazz improvisation and found it pretty accessible and easy to read. There are a few gems in there that won’t be found on the video…

Limb’s study confirms what many have already discovered regarding technique and freedom being two sides of the same coin rather than opposing concepts.

Our data indicate that spontaneous improvisation, independent of the degree of musical complexity, is characterized by widespread deactivation of lateral portions of the prefrontal cortex together with focal activation of medial prefrontal cortex. This unique pattern may offer insights into cognitive dissociations that may be intrinsic to the creative process: the innovative, internally motivated production of novel material (at once rule based and highly structured) that can apparently occur outside of conscious awareness and volitional control…

First, notice the emphasis on “novel material” (the product of improvisation) being “rule based and highly structured.” This reiterates the role that fundamentals and technique play in this equation. While many discount the role of technique in freedom, expression, and improvisation, it is absolutely essential to the creative process. For example, without an understanding (either conscious or subconscious) of words, meaning, and language structure, a poet can’t write a poem and a songwriter can’t write a song. Those who argue against technique are often attempting to overcorrect for those who become slaves to it or never grow to let go of it, but in the process they often mute the important role that rules play in release.

Second, Limb highlights the important point that creative improvisation “can apparently occur outside of conscious awareness and beyond volitional control.” He further elaborates that the areas deactivated during improvisation are those that deal with “planning, stepwise implementation and on-line adjustment of behavioral sequences that require retention of proceding steps in working memory… [which are] active… during effortful problem-solving, conscious self-monitoring and focused attention.” Although these processes may be temporary crutches as we learn and develop confidence in our ability to improvise, one of the defining qualities of true improvisation which we should strive for is to let go of conscious control and allow the mysterious yet wise subconscious to take over. To sum up with more from Charles Limb:

Whereas activation of the lateral regions appears to support self-monitoring and focused attention, deactivation may be associated with defocused, free-floating attention that permits spontaneous unplanned associations, and sudden insights or realizations. The idea that spontaneous composition relies to some degree on intuition, the “ability to arrive at a solution without reasoning”, may be consistent with the dissociated pattern of prefrontal activity we observed. That is, creative intuition may operate when an attenuated DLPFC no longer regulates the contents of consciousness, allowing unfiltered, unconscious, or random thoughts and sensations to emerge. Therefore, rather than operating in accordance with conscious strategies and expectations, musical improvisation may be associated with behaviors that conform to rules implemented by the MPFC outside of conscious awareness. Indeed, in other domains it has been shown that focused attention and conscious self-monitoring can inhibit spontaneity and impair performance. In short, musical creativity vis-a-vis improvisation may be a result of the combination of intentional, internally generated self-expression (MPFC-medidated) with the suspension of self-monitoring and related processes (LOFC- and DLPFC-mediated) that typically regulate conscious control of goal-directed, predictable, or planned actions.

This is the release that happens when technique is internalized and then transcended. Delving even deeper, what does this look like? As it turns out, an altered state of conscious much like dreaming or meditation.

The results of Limb’s study showed incredible similarities between the brain that improvises and the brain that operates in one of several other familiar subconscious states:

It has also been suggested that deactivation of the lateral prefrontal regions represents the primary physiological change responsible for altered states of consciousness such as hypnosis, meditation, or even daydreaming. This is interesting in that jazz improvisation, as well as many other types of creative activity, have been proposed to take place in an analogously altered state of mind. Morever, a comparable dissociated pattern of activity in prefrontal cortex regions has been reported to occur during REM sleep, a provocative finding when one considers that dreaming is exemplified by a sense of defocused attention, an abundance of unplanned, irrational associations and apparent loss of volitional control, features that may be associated with creative activity during wakefulness as well.

This “defocused attention” with the “loss of volitional control” reminds me of the relaxed concentration, loss of the sense of time, and lack of self-consciousness that characterize flow. While improvisation and flow are not synonymous, they share striking commonalities which suggest to me that improvised more than over-learned movement would be more likely to invite flow to occur in the dance. There are unfortunately no studies that measure brain activity in individuals during the experience of flow (and this would be extremely difficult to do in a study), but it would be fascinating to see the similarities and differences in the brain during improvisation and flow.

You may remember this quote from Limb’s talk on Ted: “Artistic creativity is magical, but it’s not magic, meaning that it’s a product from the brain.” He further elaborates in the study when he writes that one of the assumptions underlying their analysis is that “the process is neither mysterious nor obscure, but is instead predicated on novel combinations of ordinary mental processes.”

Some may find these words to be a disappointment, like the creative wonder called improvisation really isn’t so wondrous after all. But as Limb mentions, it can still be magical even without being magic. Instead of taking the wind out of our sails, this perspective should actually encourage us by potentially proving that improvisation and creativity are natural and perhaps even integral to our humanness. We are all meant to improvise and be spontaneous and shouldn’t see the process as something out of reach or only the privilege of the elite in music and dance. In fact, these processes are not much different from activities we perform on a daily basis, Limb writes. “The process of improvisation is involved in many aspects of human behavior beyond those of a musical nature, including adaptation to changing environments, problem solving and perhaps most importantly, the use of natural language, all of which are unscripted behaviors that capitalize on the generative [creative and creating] capacity of the brain.”

This should be an affirmation of how natural improvisation really is, and relieve the pressure some feel over not being gifted at this art. Limb’s study leads us to believe that we are all naturally gifted with this magic, that we are more alive when we spontaneously improvise (as indicated by the overall increase in brain stimulation and sensory activation), and that we should feel no more anxiety about learning to improvise in music and dance than we did about learning our native language as children.