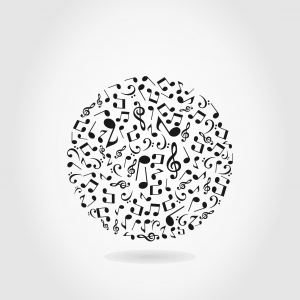 The word groove is widely entrenched in our culture. Although we may not be able to come up with a precise definition, we tend to intuitively sense what it is. When things are going well, almost as if happening on their own, we say we’re “in a groove.” When we hear a song that makes us want to move, we call it “groovy.” Songs tell us it’s something we do (as in Earth, Wind, and Fire’s Let’s Groove and The Rascals’ Groovin’ on a Sunday Afternoon), something we possess in our body (Peaches & Herb’s Shake Your Groove Thing), something we get into (Madonna’s Into the Groove), and something that gets into us (Deee Lite’s Groove is in the Heart and Justin Timberlake’s Let the Groove Get In).

All of these uses of the word groove imply a sense of relaxed but engaged involvement, of getting into a certain state or of a certain quality getting into us. This common understanding of groove is a good starting point for exploring both the more specific and the more expansive ways that musicians use the term. Musicologist Charles Keil, in his article Groovology and the Magic of Other’s People’s Music, encourages the development of a field of study he calls “groovology — a rational understanding of grooves, sounds, our feeling-filled involvement in musicking,” asking a central question for musicians:

What do we have to do with our bodies playing these instruments and singing in order to get their bodies moving, bobbing their heads, snapping their fingers, up from their tables and dancing? The mystery: how do people and musicking become consubstantial, a communion, communitas, a sacrament, the music inside the people and the people inside the music?

As a central question for musicians, it is also an essential question for dancers who draw their movement from the music. And luckily, quite a few music scholars and professional musicians have taken up the study of groovology, offering lots of groove lessons and questions that I would like to share with you.

This groove series will explore the physical, mental, emotional, social, aesthetic, and even spiritual qualities of groove, “our feeling-filled involvement in musicking” that applies to all music and dance, including genres that don’t have a groove in the technical sense of the term. It will specifically address three important facets of groove: how we find groove in our bodies, in our partnerships, and in our improvisations. But first, it’s important to understand groove in its most technical sense, as a specific musical device upon which the majority of dance musics are based. Let’s begin!

Groove is the pattern of repeating rhythms or style of playing time that defines the feel of a song. A key word is repeating: a groove is a sense of recurring rhythm, with specific musical elements playing in recurring cycles of time. Ethnomusicologist Steven Feld calls it “a perception of a cycle in motion,” an “ordered sense of something that is sustained in a distinctive, regular and attractive way, working to draw the listener in.” A primary feature of groove is that it gives the music momentum and makes us want to move. We find groove in pop, soul, rock, jazz, swing, R&B, hip hop, and much of Latin and African music.

In any given song a single instrument can play the groove, but typically multiple instruments play interlocking rhythms that interact to build the groove. The instruments that form the groove layer are usually rhythm instruments, such as bass, drums, and piano, but any instrument and even the human voice can participate in creating the groove.

Because the groove repeats throughout and determines the feel of the song, everything that plays “on top” relates to the groove. For this reason, the groove is often referred to as the rhythmic “mattress” or “matrix,” the foundation on which the melody, accents, and other non-cyclical elements are built.

Let’s explore groove further and listen to some examples, then talk about where we find groove in our dancing.

The Grooves of Different Musical Genres and Artists

Groove-based music genres and styles are identified in large part by specific rhythmic, harmonic, and instrumental characteristics that make up the sound of their grooves. Specific music bands and artists are also recognized for the nuances in how they play or relate to the groove. And, of course, each individual song is in large part identifiable by its unique groove.

This video of one song played in 20 different styles is an excellent example:

Notice that although it’s the same song all the way through, each section has its own unique feel that identifies it as belonging to a specific musical genre and artist, at least according to this artist’s interpretation. Of course it’s not just the groove; the singer also changes his vocal style and timing, a clear example of how the groove and the melody influence each other.

Repetition and Variation in Groove

Although groove is characterized by repetition, providing stability for the top layers of the music to play with and against, groove isn’t completely invariable: It often changes at logical points within a song, adding or removing layers to create variations in texture, changing rhythm or feel in different sections, even dropping out completely. These changes serve to complement or contrast with other parts of the music, or to develop the flow of the song. For example, groove changes often occur between verse and chorus, and developing texture by adding instruments is common in song introductions and bridges.

This type of groove is pretty familiar to Western ears. Let’s look at another example, this time from the salsa genre.

This song is a perfect case study for groove: There are about two dozen groove changes (half a dozen of them in the first minute alone), and about a dozen instruments contribute to the groove in various sections of the song.

This salsa tune, with so many instruments contributing to the groove in different ways throughout the song, is an excellent example of what Jonathan Fiest describes in the article referenced above:

A groove is like a mobile, with different recurring parts played by each instrument, each fulfilling a unique role, repeating and rotating around… Each part in isolation can be very simple and not sound like much. But when the parts are combined, the whole composite sound object is revealed. The parts fit together, complementing and reinforcing each other.

These are just two of many examples. Listening for groove’s repetition and variation in a wide variety of songs, as well as listening for it in the same song multiple times, will give you a strong sense of how groove generates both momentum and interest in music.

To explore further… You may also want to check out musician, salsa teacher, and blogger Don Baarns’ Music4Dancers series on YouTube. It includes three videos on groove. In the first video, Don gives an introduction to what groove is and breaks apart the groove in songs from different genres.

Because groove is a defining element of groove-based musical genres, it has a telling effect on the rhythmic structure of the dances they inspired. Groove-based music tends to result in dances that have what I will call a phrased basic. West coast swing and Lindy hop, for example, both have six- and eight-count basics. Salsa, cha-cha-chá, and bachata have eight-count basics, each distinctive from the other to match the unique rhythms found in their respective music genres. Argentine tango music, on the other hand, does not have a groove, which reflects in the lack of a phrased basic in the dance (although an eight-count basic pattern is used in some Argentine tango circles to match the phrases of the music).

So the walk in tango, the eight-count basic in salsa, and the walk-walk-triple(-triple) in west coast swing developed into the core of each specific dance for a reason: Each serves as an efficient container for capturing the groove (or, in the case of tango, accompaniment patterns) of their respective music genres. However, the basic of each dance is not a static ideal; it is a central tendency with the ability to adapt to the variations and nuances in articulation and phrasing within and between countless songs in the musical genre(s) of each dance. Even with a phrased basic as the underlying structure, dancers of groove-based music are not obligated to the same rhythmic pattern in every phrase of the music. Rather, they have multiple expressive possibilities, including the following:

An excellent example is this west coast swing performance improvised to Jamie Foxx’s “I Don’t Need It,” one of the songs we explored above. Notice there are few standard eight-count figures within the eight-count phrases of the music and yet the dance is still groovy and well-phrased. Pay special attention to how their dancing accents the prominent groove changes at 0:51, 1:08, 1:18, 1:41, and 1:57.

As the rhythmic matrix that determines the feel of the song, groove is a defining feature of both the music and the dance it inspires. But although this technical definition defines what groove is (a thing), it leaves out what groove does and how it does it (the process). After all, for a musician groove is not just about playing a recurring pattern of rhythms, just as for a dancer groove is not just about dancing to the phrased basic of the music. As we will start exploring with Groovology 201 next week, groove’s holistic meaning has much to tell us about how we can more fully dance in our bodies, our partnerships, and our improvisations.

Here is the next article in this series: Groovology 201: The Life Force of Music and Dance