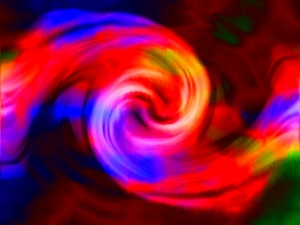 Whenever I get captivated by a song – which is often – I can’t help but play it over and over again. It’s like a compulsion; there is so much life, so much creative and emotional content flowing through its sound, that I can’t contemplate it all in one listen. I have to internalize it until it loosens its hold on me. Then the song gets added to my playlist and I find a new love (or even several).

I do this naturally, and I know I’m not the only one, but I hadn’t consciously thought about what this practice does for my musicality until I came across an older article by musician Don Baarns (a.k.a. The Unlikely Salsero) in which he recommends listening to songs 100 times or more as an exercise. Don is absolutely correct when he writes, “This is one of those ‘secrets’ that few believe because it’s so simple. Dancers who enjoy music over and over start hearing things their friends don’t hear, and they grow faster than their peers.”

Listening to individual songs numerous times with a deep level of involvement has done more for my musicality than any other practice. The more I do this, the more the music just comes out in my dancing without any conscious thought. It’s as if the music seeps into my subconscious and becomes part of my body’s intelligence. Even when I dance to songs I don’t recall hearing before, I seem to have this familiarity and even intimacy with them, the landscape of the musical genre having become so internalized that playing within it is second nature.

So what exactly do we internalize when we actively listen to music so often?

When I first started learning salsa I would listen to the music all the time, but my “method” – a fancy word for my listening life – was quite different than it is today. Right now about 75% of my salsa listening consists of multiple plays of a few songs, with the other 25% consisting of just a few listens to a wide variety of songs. During the infancy of my salsa life, this proportion was inverted. Why? Because I needed to internalize the essence of salsa music, what made it unique from other Latin rhythms, and how to fit the structure of the dance I was learning into the structure of the music. So it was important for me to comprehend and feel how various styles – from the jazz-infused tunes of Spanish Harlem Orchestra to the smooth romantic ones of Marc Anthony – were all salsa despite the differences I was hearing. I had to identify and internalize – consciously and subconsciously – the musical characteristics essential to recognizing salsa and putting it into my body on a basic level.

Now that I have internalized the essence of salsa music, listening to a single song 100 times or more is much more stimulating and therefore much more meaningful in terms of my musicality. Since I have a framework for the musical genre, I am able to comprehend the nuances of individual styles and songs without getting lost. My mind can play with the melody, instrumentation, special effects, tension and release, and other features while still tracking the underlying pulse of the music. It’s not that I didn’t hear some of these details before, but now they emerge with greater clarity and are infused with more meaning because I have a context to frame them with. The unique creative and emotional content of each song is increasingly perceptible and available for deeper exploration in my mind and in my body.

It may seem like we master essence and then move on to exploring nuances, but from the very beginning we develop a subconscious knowing of both; we can’t understand one without the other. I think of essence as a map of a musical genre: While the map allows me to navigate and explore individual features, developing a deeper understanding of these features adds to my comprehension of the whole. Paul Berliner writes about essence, nuance, and musical maps in the context of jazz music in his brilliant book, Thinking in Jazz: The Infinite Art of Improvisation:

With a growing appreciation for the malleability of melody and form in the jazz tradition, learners become less bewildered in the face of a piece’s disparate written and oral/aural renditions. Collectively, the versions are models for realizing the piece’s infinite possibilities surrounding the core of features that comprise its essence. Just as musicians infer the core from the patterns shared by many performances, they also note the varying subtleties of melodic embellishment, rhythmic phrasing, and chord movement that distinguish each rendition. Artists acquire options for their own performances by cataloguing the variants at corresponding positions within their flexible conceptual maps of pieces.

So both the global (essence) and the local (nuance) are necessary to fully experience and enjoy the musical landscape. The separation of essence and nuance is an illusion created by the learning process, and by the consciousness and intellectualization with which we approach the music. So we never “graduate” from essence and “move on” to exploring nuance; our understanding of the music is constantly being shaped by both. Our exploration of nuance continues to inform our understanding of essence, and vice versa. But although essence and nuance are not truly inseparable – like two sides of a coin – it is helpful for beginners in particular to appreciate the progression that happens in their conscious understanding of the music, and to give themselves permission to explore the commonalities and put the subtler differences on hold (at least consciously) until they have a framework for understanding them. When it comes to putting the music into their bodies, for example, beginners need to know what distinguishes salsa from merengue and cha-cha-cha before they can understand and feel what makes one song – and therefore one dance – unique from another.

As patterns become internalized, dancers work outward from the essence – or, as Paul Berliner writes, the core – and explore the richness of the variations, increasingly drawing inspiration for movement choices from the unique features of individual songs. It’s a natural progression to increasingly populate generic dancing with specific feelings and musical interactions: As we begin to understand the forms, we begin to understand the deviations. As we grow to perceive the patterns, we grow to perceive unique musical styles and jokes, drawing out nuances and subtleties from the templates we’ve established in our minds. This exactly parallels how we learn movement, and in an ideal world they happen in conjunction with each other at every step, starting with rules and techniques and staying within each box until we’ve internalized it, then exploring the malleability of the forms and learning how to play with them.

Nurturing a Positive Relationship with the Music

When I use the word compulsive to describe listening, I simply mean a natural yet intense desire that results in engaged action. Listening to songs multiple times with great involvement is something I have to do, not in the negative sense of feeling obligated but in the positive sense of finding great stimulation and joy in it. Some dancers don’t feel this, either because it doesn’t come naturally to them or because they put pressure on themselves to “get it” right away (or both), so they strain and force the process to try and get results instead of allowing a natural progression to unfold. Thinking and feeling this way builds the wrong kind of relationship to music, one that is based on grasping, fear, uncertainty, and doubt about one’s ability to hear and experience the music. The outcome is results-based dancing that comes from an anxious mind and a tense body, preventing true feeling and expression of the music.

This means we shouldn’t become overly focused and analytical when we listen to songs multiple times. We may of course choose to listen and engage in an intellectual manner during some listens, but it is always with curiosity and interest instead of mindless or forced discipline. We simply draw our attention to features in the music: If nothing comes of it, we just allow ourselves to be aware without requiring a result, knowing that there is something about music that remains mysterious and under the surface, always just beyond control. Rather than frustrating us, this should free us to hear and feel the music in the moment with complete acceptance. Nurturing this relationship to music in our listening encourages the same relationship to music in our dancing, one that isn’t forced or imposed but based on our own natural responses.

So although we should strive to actively listen, and aspire to feel a healthy compulsion to explore the music deeper, throughout it all we should aim for a state of relaxed concentration, which you may recall is one of the characteristics of flow, that marvelous zen state in which we move as one with our partner in the music. Relaxed concentration is not only a gift that magically comes to us in these rare moments of flow, it is a habit that can be cultivated in our listening and dancing lives, nurturing a relationship with the music that is natural and intimate.

5 comments on Compulsive Listening: Finding Essence, Nuance, and Peace in the Music