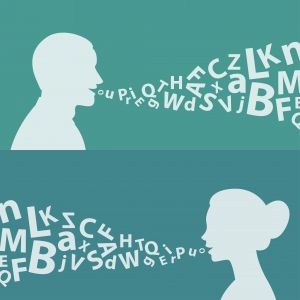 I hear this statement all the time: “Leading is more difficult than following.” Sometimes apologetically, sometimes with the qualifier, “but just in the beginning and intermediate stages,” but always with the bottom line that leading intrinsically requires more skill, more thought, and more attention than following.

This might be okay if it were true, but it isn’t true, and this mistaken belief distorts the true nature of leading and following and leads to negative effects in our dance partnerships and in our communities.

Why Leading Is Not More Difficult Than Following

When it comes to dancing skills, we tend to focus on the big four: vocabulary, musicality, improvisation, and floorcraft. But we often think of these skills in leader’s terms, ignoring the different but equally challenging skills that following requires. While leaders have to learn more skills of initiation, here are three areas where followers have to do more:

1. Followers have to master more vocabulary than leaders do.

Because leaders are responsible for deciding which vocabulary to use and when, they have to think ahead and be decisive. But it is precisely this decision-making responsibility that gives them the freedom to only lead a select set of vocabulary that they feel comfortable with. Followers, on the other hand, have to be prepared to follow a wide variety of vocabulary, a sum of the vocabulary of all of the leaders they dance with, including vocabulary they may be completely unfamiliar with or might prefer not to do.

Due to the structure of most dances, followers tend to move more and execute more pivots, turns, and spins. This, coupled with the fact that they are fulfilling someone else’s vocabulary ideas rather than generating their own, means that their balance and timing are put to much greater tests. Leaders who try or learn following tend to be amazed at how much more physically demanding this role is. The spirit if not the literal meaning of an old saying applies here: Ginger Rogers did everything Fred Astaire did, but backwards and in high heels.

3. Followers must develop more skills of inhibition and interpretation.

Followers must artfully balance two seemingly opposing skills: the ability to actively move themselves through space to the music and the ability to inhibit many of their own movement and musical preferences, tendencies, and desires. We often translate this for followers as “Don’t think”, but leaders who take up following quickly learn that this requires highly active listening and very concrete skills. Followers must seamlessly interpret and execute another person’s ideas in time and space as if they were their own.

One reason the learning curve for leaders is steeper is not because leading is inherently more difficult, but because it is men who primarily lead. And many men have to overcome something that women usually do not: a lifetime of cultural baggage that has discouraged, ridiculed, and/or prohibited expressive movement such as dancing in the name of “masculinity.” Countless messages, both explicit and implicit, can accumulate over a lifetime to create a significant set of physical, mental, and emotional setbacks that make learning how to dance more challenging, regardless of the role being learned. This isn’t true for everyone, of course. But it is something to consider when it comes to evaluating learning curves.

2. We have a cultural attitude that leading is more important, more involved, and more difficult than following.

In our culture, being a leader is considered important and valuable while being a follower is considered weak and undesirable. This cultural attitude inserts itself into the dance world, creating that reality: We give leaders most of the focus in classes, which leads to them experiencing a disproportionate share of the worries and concerns, as well as the credit. Meanwhile, we tell followers not to worry or think, or we don’t address them at all, zapping them of the power they can bring to the dance partnership. Both of these things lead to a sense of difficulty in leading and a sense of passivity or even laziness in following. This cultural bias also contributes to the subject of the next point:

Because we see leading as more difficult and more important, we teach in a way that caters to leaders. Many if not most classes focus on a single piece of vocabulary, which creates a real-world situation for the leader but not for the follower. Since followers are not being challenged in the three skill areas identified above, they appear to be far more successful in class than they actually are in the real world of social dancing, reinforcing the misconception that following is easier than leading.

Because of these three things, not only does leading seem more difficult, it becomes more difficult. Our mindset creates the reality that we see every day in our classes and communities:

How to Make It True:
Balancing Instruction Between the Two Roles

Teachers have a tremendous influence on how their students, and therefore their communities, understand and experience leading and following. Here are six ways teachers can encourage a fuller and more balanced appreciation of both roles:

1. Equalize feedback for the two roles.

Pay attention to the amount and the order of feedback provided in class: Give leaders and followers equal amounts of feedback, and don’t always give leaders feedback first, as order implies greater importance or priority. Oftentimes we think that leaders need instruction first or most because they initiate, but Lindy teacher Nathan Bugh has questioned that logic:

[W]hen it comes to learning and teaching lead/follow skills, the follower’s technique is a much higher priority than the leader’s. Her dancing ability, her awareness, strength, balance, use of the floor, etc. are the elements from which spring her following ability AND the leader’s leading ability. She is the beginning of the logic in the dance. In class, the followers empower the leaders to learn. Leaders judge their progress according to the results that their partners embody. Followers are the focus of the lead/follow process, and they have to follow before the leaders can lead.

2. Balance active and passive verbs for both roles.

Balance the usual focus or tendency of each role by using more active verbs for followers and more passive verbs for leaders. In other words, emphasize the leading aspect of following and the following aspect of leading. When I balance my language this way, I notice a far greater degree of connection between partners. Some examples? In my classes, I frequently coach leaders to “follow the follower into the step.” In one tango class I took with Momo Smitt and Courtney Moore, Courtney encouraged followers to feel the leader’s lead and then “take him there.”

As mentioned in #3 of the previous section, many classes teach a single static piece of vocabulary, which doesn’t challenge followers to inhibit, to interpret, or to respond to different balance and timing demands. Teaching simple and manageable variations of a movement or its timing or spatial parameters is essential for followers to develop skills of inhibition and interpretation rather than anticipating. It is also a more effective way to teach leaders to truly lead. Framing variations as a challenge for followers can take the pressure off leaders and activate followers while developing valuable skills for both.

4. Use exercises where the follower determines the timing or movement.

In one of their beginner tango workshops, Homer and Cristina Ladas did an exercise where they taught followers how to do a cross with their feet on their own and then had them decide when to do it with their partner as a deliberate “mistake.” Leaders had to feel when the cross happened and adjust to accompany the follower into and out of it. When I started using this simple exercise before teaching the full cross as a led-and-followed movement, I noticed the cross was learned more quickly and effectively by both leaders and followers. Leaders listened to their followers, leading the cross more organically rather than mechanically. Followers were much more active in establishing their balance and timing within the framework given by the leader.

Exercises like this emphasize the following aspect of leading and the leading aspect of following (see #2 above) in a very physical way. They also balance the responsibility and skill required by the two roles, reducing stress on the leaders and empowering the followers while more effectively developing the skills of both.

5. Watch for common statements about power and responsibility.

Besides not being true, many common statements we hear in class or on the dance floor contribute to misconceptions about the relative difficulty and importance of the two roles:

There is a double standard when it comes to teaching both roles: Leaders with little skill in following are completely accepted while followers with an intermediate to advanced level of skill in leading find themselves not being taken as seriously as solo teachers or as primary teachers in a duo. Followers who teach usually feel a great sense of responsibility to study the leading role, and this isn’t a bad thing. But leaders who teach need to step up and take more responsibility for studying and developing their skills in the follower role. Students also need to rethink the subconscious double standards they may hold, which may deny opportunity to teachers of a particular gender or role who may be equally effective.

2Pingbacks & Trackbacks on Why Leading Is Not More Difficult Than Following, and How to Make It True