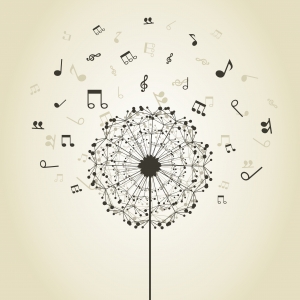 Groove is widely used among musicians to talk about the personal, social, artistic, and even spiritual qualities of music: the way people feel the music in their bodies, the way musicians play in unison, the way music transcends notes and comes to life, and the way music brings people into modified states of being. Although this meaning of groove is more metaphysical than technical, musicians widely believe that the presence of this quality makes a real technical difference: It immediately elevates the artistic quality of the sound when it is present, with the resulting music simultaneous possessing drive and momentum on one hand and relaxation and effortlessness on the other. Jonathan Fiest, whom we met in Groovology 101, alludes to the musical qualities of rhythm and flow that are found in the presence of groove:

It implies “musically good.” If it “doesn’t groove,” it means that the time doesn’t flow naturally and easily. Maybe it is too cluttered, maybe there is an awkward hesitation, or maybe it is just boring. But if it is “grooving,” it cuts a line aligned with the natural gravity of the universe, and its resulting motion and momentum. Like a tire track…

Bass musician, educator, and author Ed Friedland, in his book Bass Grooves, defines groove as “the energetic force created by an individual or group of musicians through the act of playing.” It is the “life force” or “heartbeat” of the music, what gives it soul. Dave Pomeroy – bassist, vocalist, songwriter, and producer – says that “Groove is the body language of music. It is the difference between a sequence of notes and a bassline.” Joseph Carducci – writer, record producer, and author of Rock and the Pop Narcotic – writes: “It’s not the notes, it’s the jam between them.” The use of the word is said to have developed from the appearance of records on the music scene, as ethnomusicologist Steven Feld describes:

Of course the musical “groove” here derives from a primary reference to the patterned indent spaces on a disc recording, observable lateral impressions in a record’s surface. The music is mysteriously “in” these physical recesses, pressed into the vinyl, and listeners may imagine journeying there to merge right “into the groove.”

The underlying theme of this definition is that playing a groove – a repeating set of rhythms that determines the feel of a song, as we explored in Groovology 101 – does not guarantee that the music will groove. And this quality is not only essential in playing the groove in groove-based music; it is seen as a quality that can and should be present in the top layer of the music, in musicians’ improvisations, and even in music that doesn’t have a groove. For this reason, renowned bassist, music educator, and author Victor Wooten has written, “Never lose the groove to find a note.”

The “Feeling” of Groove

All groove-based musical genres have a way of talking about both the technical and metaphysical components of groove. In many cases, the name of the music itself becomes (in part) synonymous with the metaphysical groove. The term swing, for example, refers to a musical style that meets specific technical requirements, but it also includes in its meaning a physical feeling of relaxed momentum and a personal and communal feeling of involvement with the music. Duke Ellington’s song “It Don’t Mean a Thing (If It Ain’t Got That Swing),” for example, doesn’t refer to the proficient playing of swung notes but to the quality that this feeling lends to the sound of the music. As Ed Friedland has written:

Swing is the unquantifiable life-force that exists in music of all styles. It is the perfect melding of rhythmic synchronicity, melodic forward motion and harmonic function that produces a state of euphoria in both the performer and listener. You can’t weigh it on a scale, but when it’s present, it’s very heavy indeed. If you think of it this way, swing is not style specific. Yeah, Count Basie swings—but so does Led Zeppelin, just in a different way.

Similar talk can be found in most music genres, with an emphasis on the importance of feel in creating the right kind of sound. There is a complementary relationship between technique and feeling, each requiring the other to find the right aesthetic for the music. Anne Danielsen provides an example in the world of funk music in her book Presence and Pleasure: The Funk Grooves of James Brown and Parliament:

Feeling is no doubt a key aesthetic notion in this kind of music, because funk without feel is not funk. In this musical context, feeling has nothing to do with an extrovert style of performance or with expressing actual innermost feelings. It is about cultivating the right swaying motion; about accurate timing, about being in place, in time; about precision and relaxation at once. Playing all the correct figures means nothing unless it is carried through in the right way. If this is not achieved, the whole “body and soul” of funk immediately collapses. The only indication as to when it is right – whether one is dancing or playing – is a feeling, and not just any feeling: funk is about the “right” feeling.

We can better understand the complementary relationship between the tangible and intangible aspects of groove – the technique and the feel – through a phrase often used in music: “in the pocket”. Bart Elliot, drummer and percussionist with over 100 albums, explains how both rhythm and feeling must be shared by musicians:

Historically speaking, the term “pocket” originated in the middle of the last century with the occurrence of the backbeat, and implied that the backbeat, the Snare Drum striking the beats 2 and 4, is slightly delayed creating a “laid back” or “relaxed feel”.

If the downbeat is exactly when the Kick Drum is struck, then the Snare Drum was very often played slightly later than the midpoint between two consecutive pulses from the Kick Drum. Musicians (and music listeners) were often times unaware of science behind this, but they had a term for it: “the drummer is playing in the pocket.”

Today, the term “in the pocket” has broadened a bit, suggesting that if two musicians (usually the bass player and the drummer) are feeling the downbeats together, feeling and placing beat “one” at the exact same time, they are said to be “in the pocket.”

Many people feel that the question is not so much what the pocket is as much as how you know when you’ve achieved it. To the musician, it feels like the music is playing itself, as though everything has merged together — all the rhythmic parts being played by one instrument.

Bassist and music writer Mike Emiliani adds to the idea of groove as an alignment or unity between musicians when he describes the pocket as “the musical center.” He calls it a metaphor, but also indicates that it comes from something specific: a shared sense of time.

It’s a metaphor for the place where all musicians seem to understand each other musically and the song or piece of music is best supported. In essence, the music is centered. Nothing is moving ahead of anything else or behind anything else; everything is moving along together. [For groove players,] playing together and keeping that musical foundation secure means the rest of the band has a place to fall into place.

Groove as “The Flow of Life”

Groove gives not only drive and momentum to the music but buoyancy and energy to the musicians. So groove is pursued for both technical proficiency and positive feelings of personal fulfillment and communal involvement, often experienced as something that goes beyond the music itself. As Ed Friedland writes about groove in the context of swing music: “Swing is not exclusively a property of music, it is the essential experience of being in the flow of life. It applies to all aspects of human experience, and in many ways is responsible for the health (or lack of it) we feel in our daily lives.” Friedland elaborates on the negative effects of ignoring the groove in his book, Bass Grooves:

Playing music that doesn’t groove is a deadening experience. You come home tired, cranky, feeling like you’ve been beat up. You can learn valuable lessons about what not to do from these experiences, but far too many players stay in these situations well beyond the point of learning anything from them… [M]any settle for less than enlivening musical experience because they believe they have no choice. If they were to consider the negative effects of this attitude, they might try a little harder to find a groove.

In this sense, groove is felt as an animating force, as the flesh and spirit that brings the skeleton of music to life, a reminder that music is not a thing, but a living process. At stake is not only the artistic and aesthetic qualities of the music, but the health and happiness of the musicians and their audience.

Finding Groove in the Body

We can apply these lessons about groove directly to our dancing. Just as playing a groove – a repeating set of rhythms – doesn’t guarantee that the music will groove, executing a particular set of steps does not guarantee that a dance will emerge. The concept of groove reminds us to not separate technical proficiency from the creative, emotional, somatic, relational, and improvisational qualities that bring the skeleton of movement to life.

But where do we look? How do we go about finding this grooving quality in our dancing? I propose we start with the body. Here is the next article in this series: Finding Groove in the Body.

If you haven’t already read the first article in this series, you can do so here:
Groovology 101: Groove in Music and Dance.